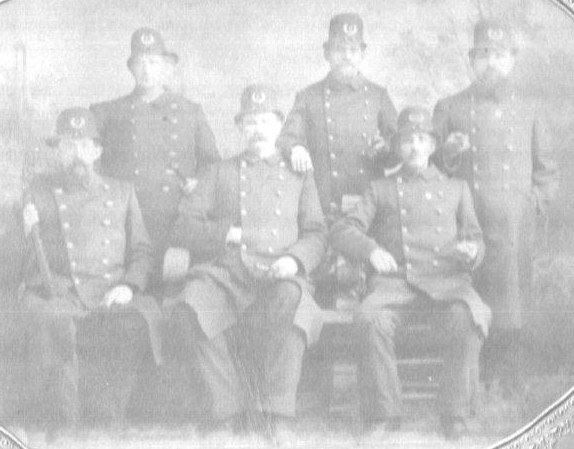 The City of Columbia was officially chartered on November 16, 1807. The County Court appointed the first Patrollers or Town Marshals for the town in December of 1808. These men had the responsibility of preserving order in the town. The men first appointed to serve as Town Marshals were: J. W Craig, Perry Cohea, and Samuel McClosky.

The name Columbia was given to the area carved from the territories of the Cherokees, Creeks, Choctaws, and Chickasaw Indians. The community has grown from a land area of two square miles to more than twenty - nine square miles.

Even though Columbia received its first city charter in 1807, it was probably not until this charter was amended in 1850 that Columbia had its first official police officer (city marshal). John M. Cook was considered the first person to fill this position.

During the Civil War, when Columbia was first occupied by Federal troops, there was no law. General Negley appointed an unofficial police force, but history is not clear as to who paid them. The Mayor eventually appointed a police force of 12 men, with William J. Andrews being appointed as Chief of Police. It was necessary for the police force to work hand-in-hand with the Federal officers and was given a password each evening, so they could pass the pickets.

One of the most dangerous places in Columbia in 1875 was the Columbia Depot. Two policemen had to be stationed at the depot to keep the people from being robbed when they arrived in Columbia.
(Columbia Herald and Mail, 5 February 1875) 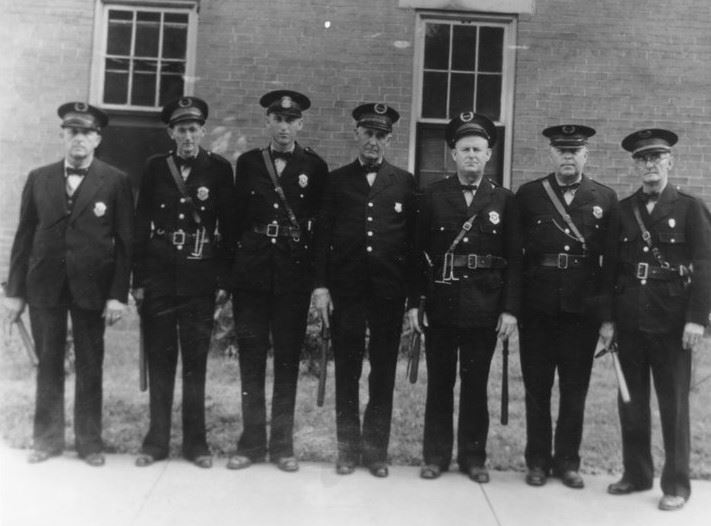 The Columbia Police Department was officially established by a Mayor/Alderman form of government on June 13, 1883. This police department was made up of a Town Marshal and two officers. The first Town Marshal was R. H. Guest. In 1899, John Latta was appointed Town Marshal or Chief of Police. Latta also had the distinction of appointment as the City of Columbia's first Fire Chief on May 29, 1901.

Somewhere around the 1870s, the first police uniform is mentioned, but the first description of a uniform does not occur until 1890.

The new policemen's uniforms were first seen here last Sunday; they are grey with brass buttons, and the coat is cut Prince Albert style. Most of the men wear plug hats, but some have helmets.
(Maury Democrat - 3 April, 1890)

The Columbia Police Department was made up of a six-member team by April 4, 1901. Two of the members of the police department were paid by the railroad since Depot Street was the roughest part of the City of Columbia during this period.

The first policy enacted for the Police Department is found in the minutes of the Mayor and Alderman Meeting on October 13, 1902. This stated that no police officer shall consume any alcoholic drink or beverage during the performance of his duties. 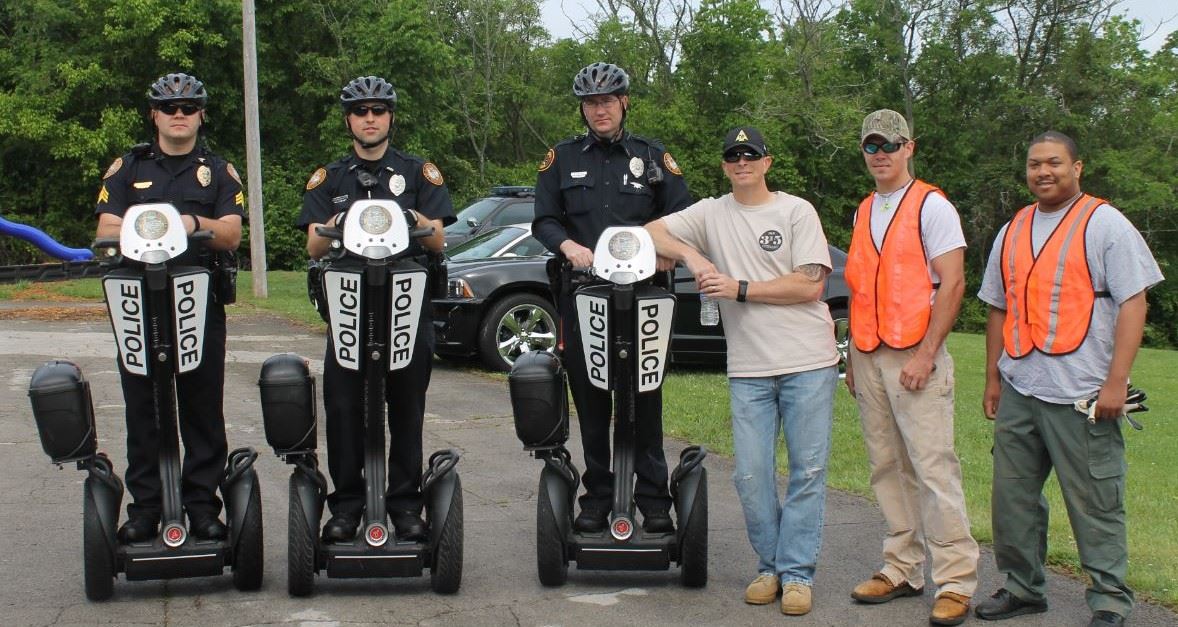 It is also thought that the automobile had more to do with the development of the police department than anything else. When cars were first introduced, the drivers drove any way they wanted to, had no vehicle registration tags, and could park anyplace they wanted. In 1905, the State of Tennessee required all cars to have vehicle registration tags.

The purpose of the Columbia Police Department is to protect life and property, prevent crime, preserve the peace and enforce all laws and ordinances within the confines of its jurisdiction.

Throughout the coming years, the Columbia Police Department will devote itself to its mission and be ever mindful of the fact that the men and women who make up this agency are part of this community, not apart from it.

The following have served as Chief of Police since the department's organization in 1883: 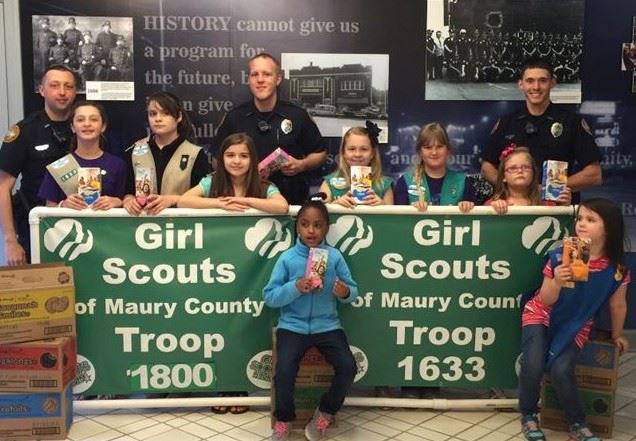 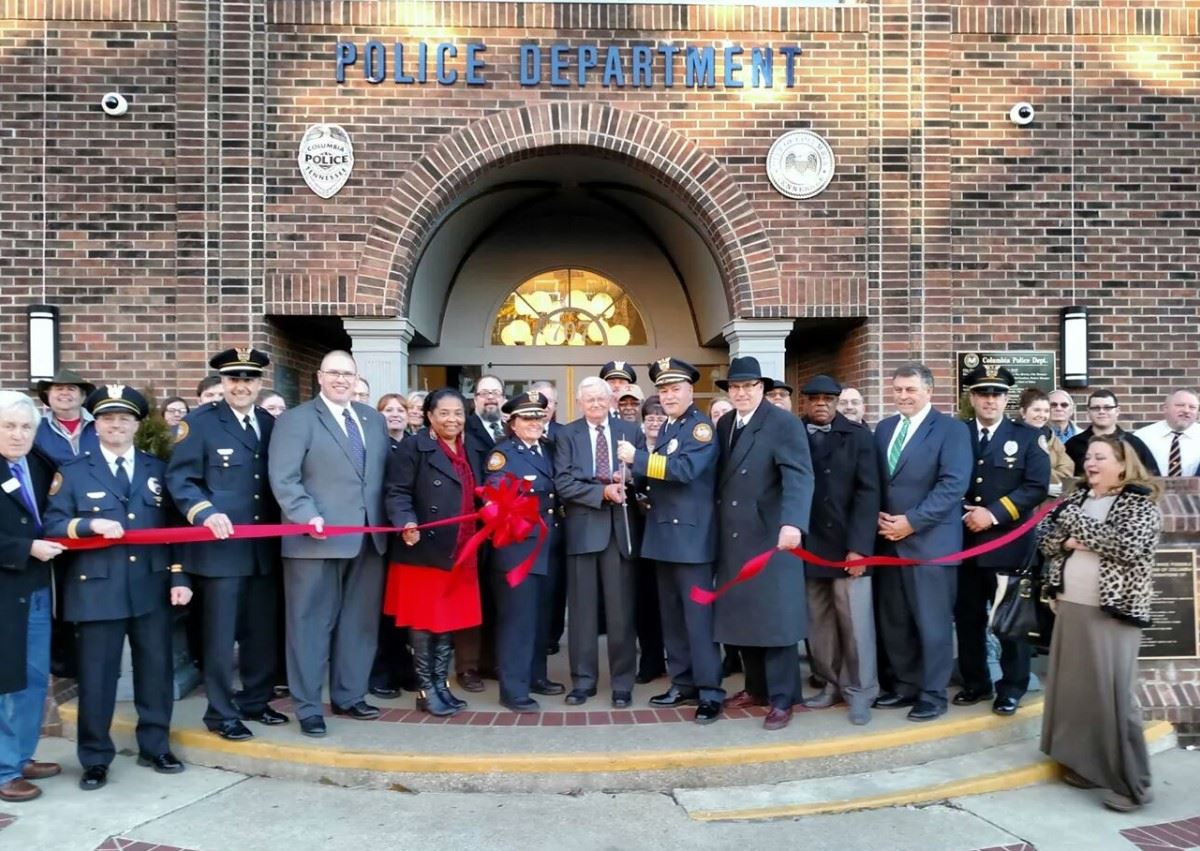