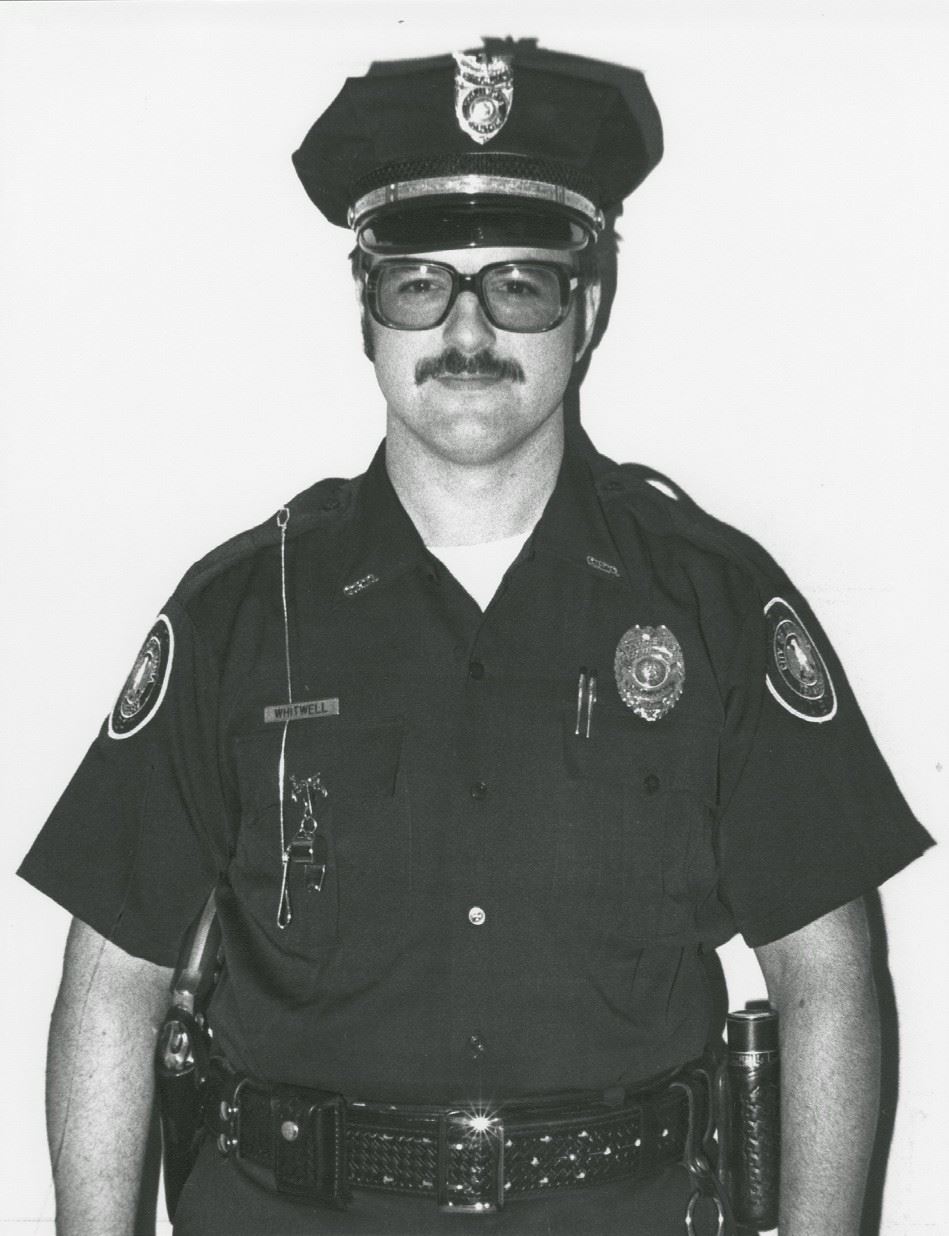 Patrolman William Whitwell was shot and killed with his own weapon after stopping a vehicle for speeding.

Both subjects fled but were later apprehended and sentenced to life. One of the subjects was denied parole in October 2012.

Patrolman Whitwell was survived by his wife and son.